How to Create Effortlessly In Your Business – Without a Plan! 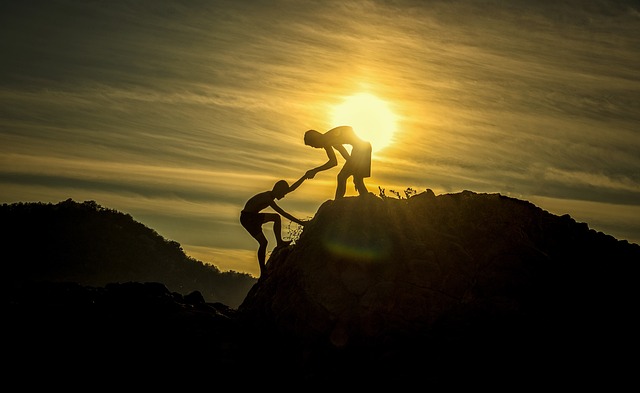 “‘Are you saying I should run my business flying by the seat of my pants?’ ‘No. I’m telling you that your pants have wings.'” – Michael Neill

My business is changing.

I first felt the shift almost six months ago. It was as if the winds changed dramatically, the Universe saying, “Turn. Go this way.”

But what way? Where? When?

I was full of questions, but I did have an inner knowing. It was a soft sense of direction. “This way,” it whispered.

It said Portugal. A new business. A new life.

It was a radical shift, I knew, recognizing the feeling from moments like this in the past. My mind was filled with questions and worries. I tried to figure it out.

Yet when my mind settled – at least before I stirred it up again – I knew that I couldn’t know before I knew.

And so the time came for me to follow that knowing to Portugal, to meet and play with my partners in a new business, and the team I’d been creating with for over a year, none of whom I’d ever met in person.

Our meeting was intended to be full of planning, workshopping and “getting shit done.” While some of that happened, mostly, we were just together.

That togetherness worked its magic, and we emerged from our time with a greater cohesiveness and sense of direction. Opportunities emerged and the path of creation became clear.

I return to The Awakened Business as a different person with a changed life.

It’s a subtle change. Nothing much looks different on the outside yet, but I can feel it.

I’m more direct. Less likely to indulge the bullshit in myself and others, with a clarity of intention and boldness that’s new.

“What’s happening now in The Awakened Business?” I wonder.

I could open up my box of marketing strategies and dig through them to find the formula for an “irresistible offer.” Hell, I used to teach that stuff!

But I’m not interested in doing things the old way. I’m not about to regurgitate someone else’s strategy, even if that “someone” is me from a year ago, when I know something new and fresh is available.

How do I know this? Because something new and fresh is always available, and it’s inevitably better than a repeat of yesterday.

So I follow the breadcrumbs to discover what’s asking to be created through me now.

Here’s how it unfolds this time:

The feedback I received from that group has been invaluable. And not only that, the things they asked for – a Creator’s Circle, an experiment in creating from joy, action, support, group co-creation, loving disruption – are exactly aligned with what I’d love to create.

Something occurred to me and I took action, one step at a time, not knowing what I’d do next.

I still don’t know for sure if I’m creating this small group coaching program (though it feels like I will) and I don’t know exactly what it will look like (though I have the sense of it.)

None of this felt like it took any effort or thinking on my part. It feels like it just happened, even though I clearly took a bunch of actions.

I’m sharing this because this is how creation works. It’s as simple as following the clues, the ones that come with an inner nudge to do this, and a curiosity about what will happen.

It’s like playing a game of tennis with the Universe, returning the serve with my intention, watching how it comes back, then sending it back over the net. Back and forth, we’re creating together and something emerges as I discover what I’d like to create.

I haven’t always created like this. Sometimes I force and push my way to an answer, wasting hours and energy trying to figure out a plan. Creation isn’t difficult or effortful, until I make it hard with over-thinking it.

But this is so much better.

When I’m showing up, listening and responding, the path always reveals itself.

What is unfolding naturally and effortlessly for you?

Where do things feel easy?

What do you do without thinking about it?

This way of showing up with creation is our natural state. It happens whenever we’re not wrapped up in over-thinking and forcing.

It’s the path of joyful creation, and you were born with everything you need to walk it.