The Man in the Cave 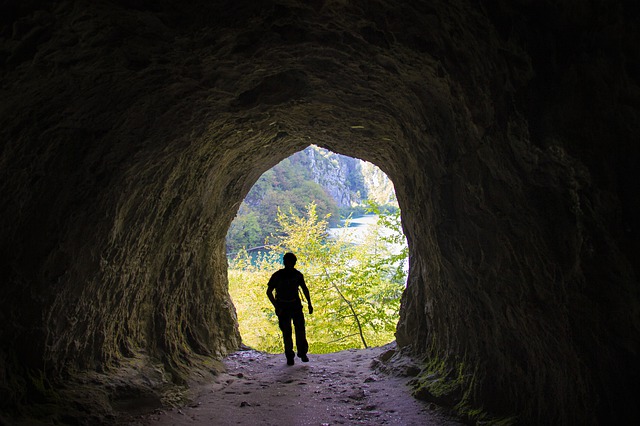 Once there was a man who lived in a cave. It was dark, cold and damp, but it was safe.

It seemed to him that he hadn’t always been in the cave. There was a faint memory of being somewhere else, but he couldn’t tell you much about it, other than it was far away and happier, like a faded dream.

The man wasn’t alone in his cave. There was a voice that spoke to him day in and day out. It told him of his flaws, warned him against trusting others, and criticized his every action.

In the face of this voice, the man did the best that he could. He worked hard, very hard. He pushed himself to be better. Sometimes he managed to distract himself, going deep into his mind and the creations he built in the shadows.

But the hateful voice was ceaseless in its criticism, and the man grew weary.

The man hated the voice, but it also comforted him, because he knew exactly what to expect. If he listened to the hateful message of the voice, no one else could ever make him feel so horrible because he beat them to it.

The voice was so awful that the man could not accept it, and so he tensed his body in resistance, trying to hold it at bay. It often brought him great pain and sleepless nights.

Then one day, the man was so exhausted between his feverish work and fighting against the voice that he collapsed onto the ground. It felt like he would never rise again.

A wave of sweetness washed over him, and the man stopped listening to the voice for one brief moment.

In that gap of silence the man heard something new. There was another voice. This voice had ideas and spun possibilities. It spoke to him of the sunshine and laughter. It whispered to him of joy.

The man was puzzled. He could still hear the hateful voice, much louder than the other, but he recognized this new voice. It was his.

Somehow he knew that it had been there all along, though he had been so consumed by the hateful voice that he’d missed it. As he listened to the new message it became clear that he didn’t have to listen to the hateful ones.

The man knew that he wasn’t alone. He never had been, and he never would be again.

He followed the rising joy of the new voice and began to ascend from the cave, following the distant sounds of laughter and the promise of the sun.